Yesterday I showed you the pieced back I made for my current project. And I also confessed, I really don’t like making pieced backs, and I often don’t like the looks of them. While it’s hard to shell out bucks for enough yardage of new fabric for a back, that decision will often make me happier than cobbling together chunks of fabric from my stash.

However, there are some pieced backs in my past, and there are even a few I like. Here are some examples. First, the Big Block Quilt for a grandson. 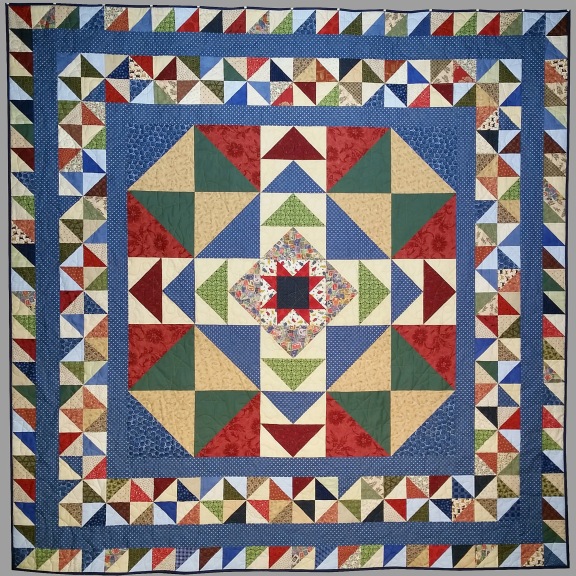 Next, The Baby’s Quilt. 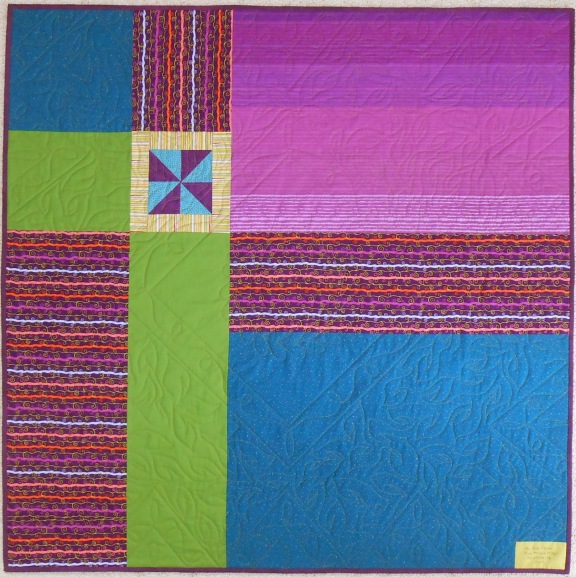 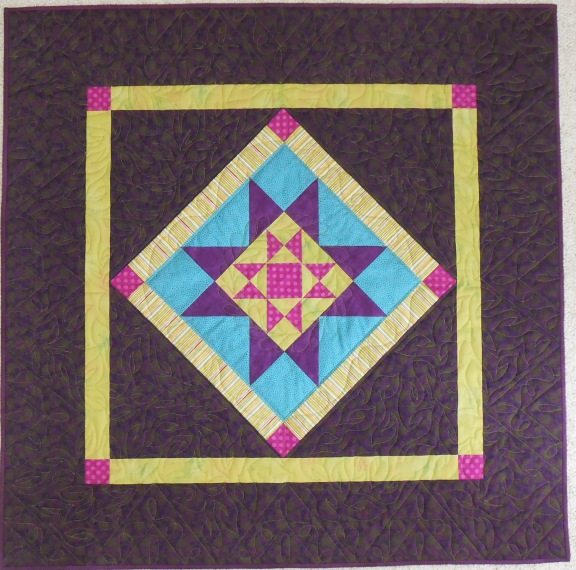 Here is a wedding quilt from early 2013, before I was blogging here. I’ve done backs like this for a couple of grandson’s quilts, too.

Here is Dan’s graduation quilt. The back says, “I ONLY PLAY SOCCER.” As you can imagine, there is a long story that goes with that. 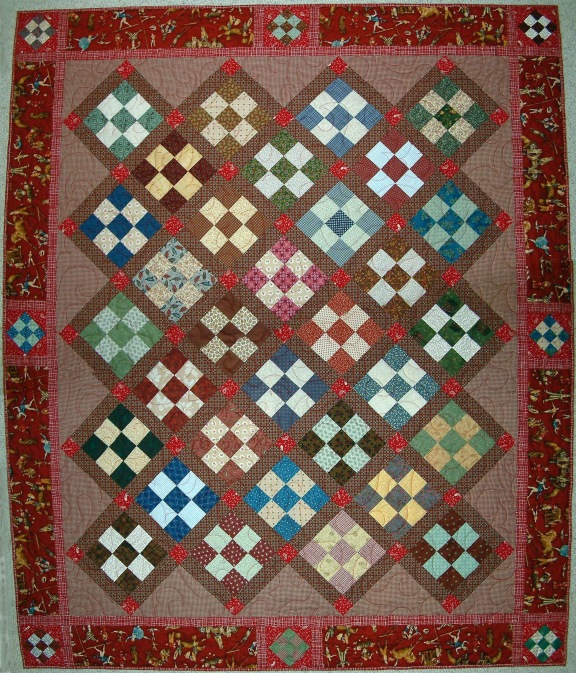 Front of Dan’s graduation quilt. 2010. The shape isn’t actually warped like that. The photo made the distortion.