I could call this a rule, but that would be silly, wouldn’t it? 🙂

Here’s the advice: when using half-square triangles as your border blocks, try them multiple ways before choosing.

Why? Because setting them with different line and value orientation changes the appearance significantly. It’s worth taking the few minutes to audition variations. This simple illustration gives 4 different ways to arrange them. 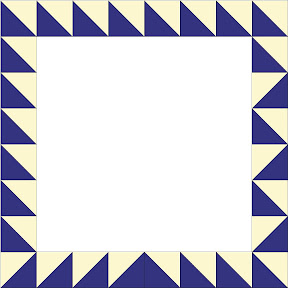 Here are some examples from a little quilt I made in 2014. They aren’t sewn together yet, hence the wonky look on some of the pictures. 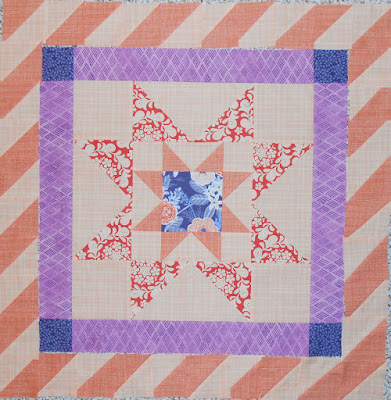 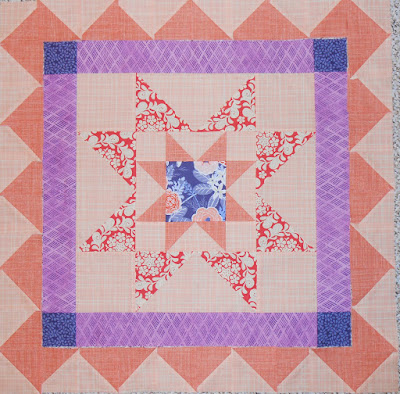 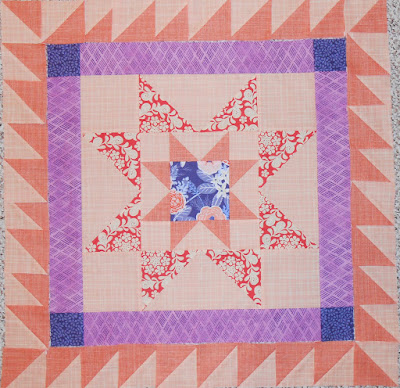 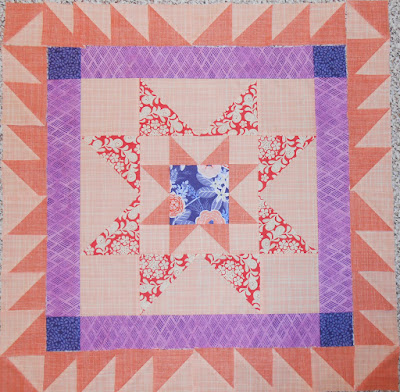 There are still other ways to try these, too. Other than the first one, they all have the dark value close to the center. Try them with the light side against the center for a different look. Also, they aren’t shown with changing orientation, similar to the right side of the illustration at the top of the page. In other words, there are at least eight ways to use them, and that assumes that you pattern them the same on all four sides.

Here are some examples from my quilts. First, Marquetry. Note that two of the borders use HST, but with different arrangement.

Another one is Bird On Point. Closest to the center, the HST run around in one direction. In the middle blue-and-blue border, they’re positioned differently to create movement in the other direction.

And one more, Black Sheep Manor. This also has HST in two borders. In the one around the center block, the triangles “spray” outward symmetrically. In the middle border, they have changing orientation for value and line.