For my recent quilt retreat, I prepped material to sew three quilt tops. Over the two-and-a-half days I got a lot done, including one quilt top finished, one done except borders applied, and one with a boatload of blocks created. I already showed you the first two of them. Now I’ve finished the third quilt top, too. 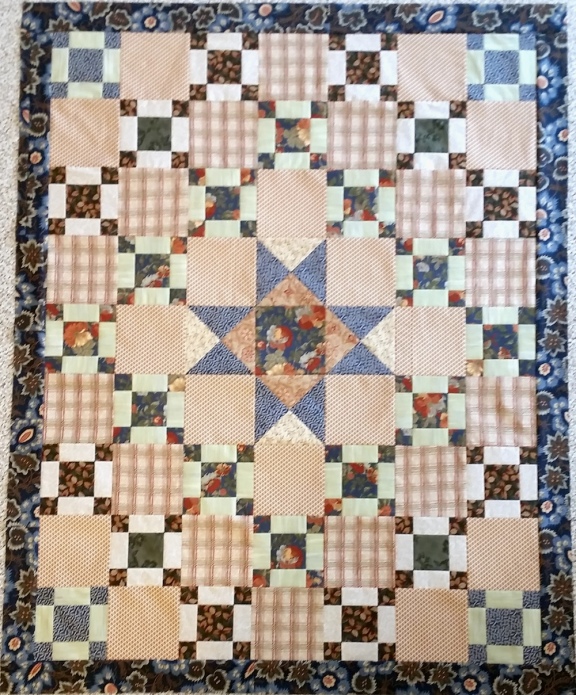 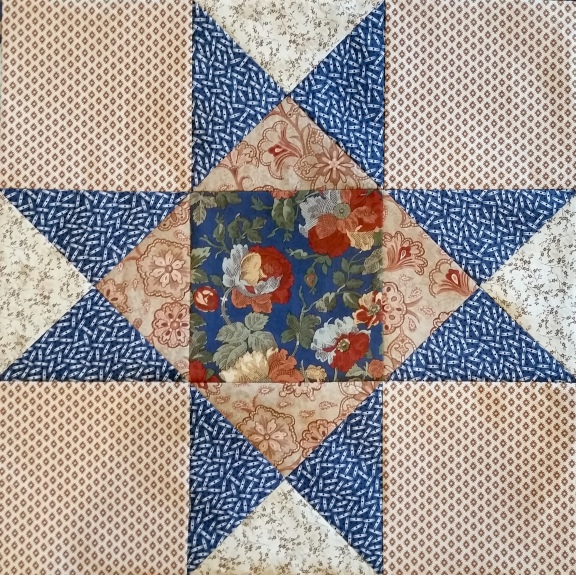 This will be another quilt intended for my local VA hospital. They have requested quilts finishing at no bigger than 48″ x 60″. The size works well as a lap quilt for most people, but most importantly, the quilts are tangible symbols of appreciation and respect.

I love block quilts with chains. The puss-in-the-corner blocks are so easy to make and create those chains effectively. What doesn’t work in this quilt is the lack of value contrast. Because of the prints used and the fairly narrow range of value, this is all a bit mushy. As you might be able to tell from the close-up photo, though, it’s actually much prettier in person than it shows in the top photo. And I think it will suit one of our hero-patients just right.

With the end of February rolling up on us, I only have one finished quilt in my count for the year, as well as the three completed tops. Another (the house quilt) is in process. But I’ve been working hard on other projects, so I don’t feel (very) sorry for myself.

How’s your year coming along? Are you making progress on things (however you define that) as you’d hoped? 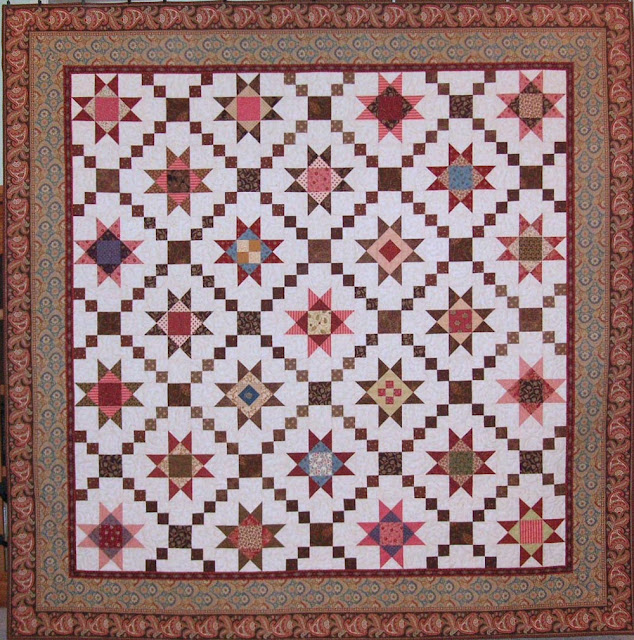 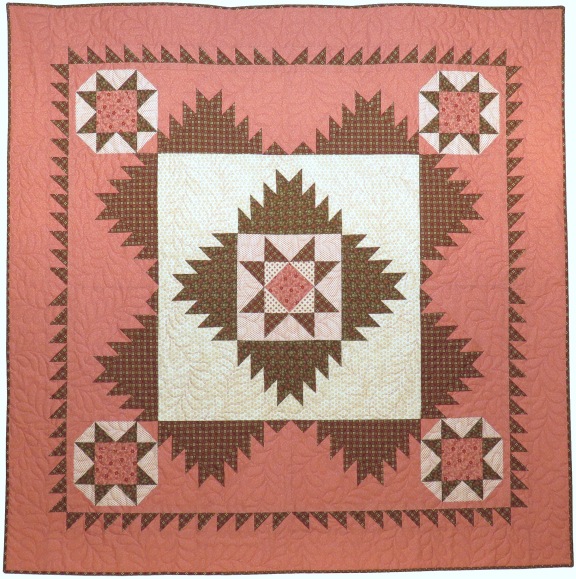 In my “reflections” on the past year, I published a list of projects I finished in 2016. The list below also includes links to the most useful post about each project, if available.

Since mid-2013, most of my quilts have been medallions. Last year, of 14 quilts (not including the placemats and Christmas stocking,) only five were medallions. Click any photo to see them larger. 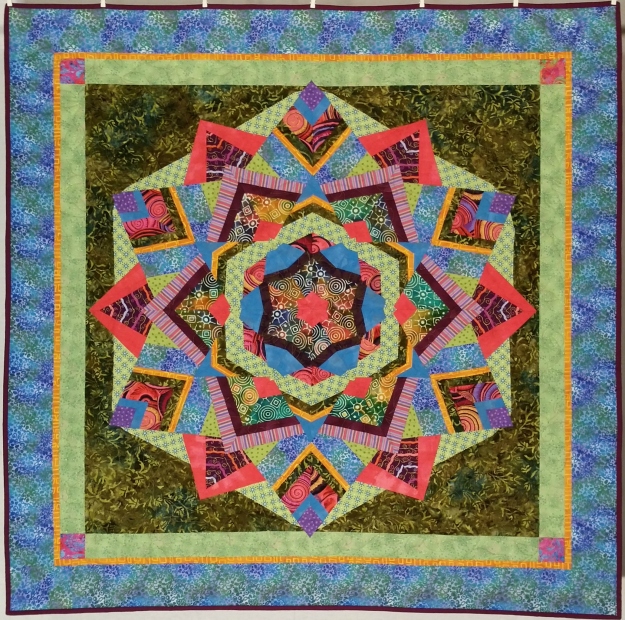 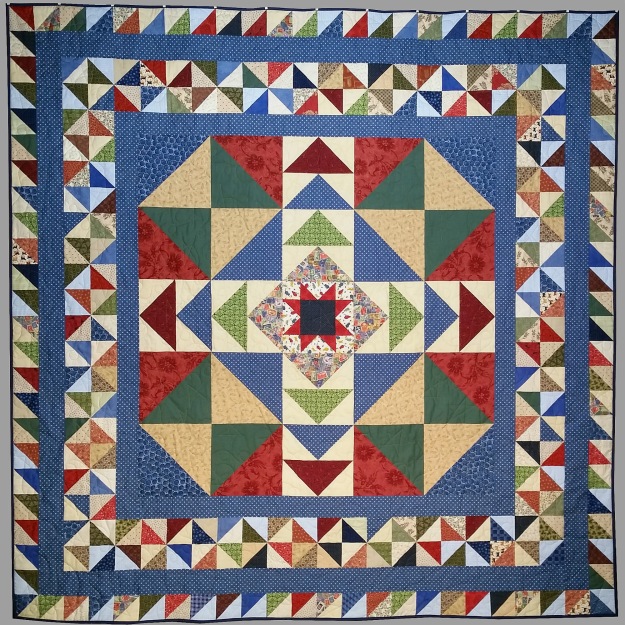 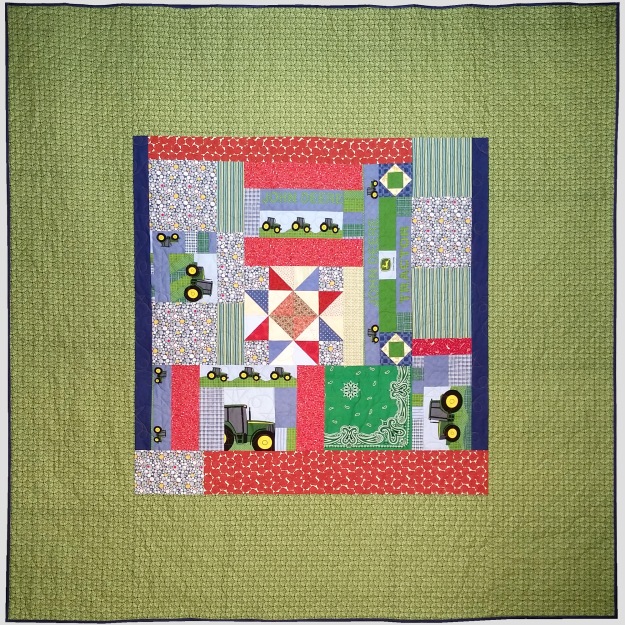 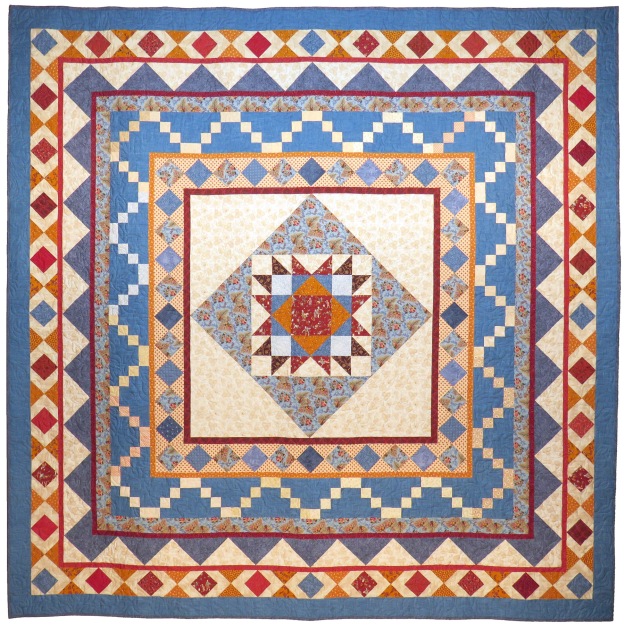 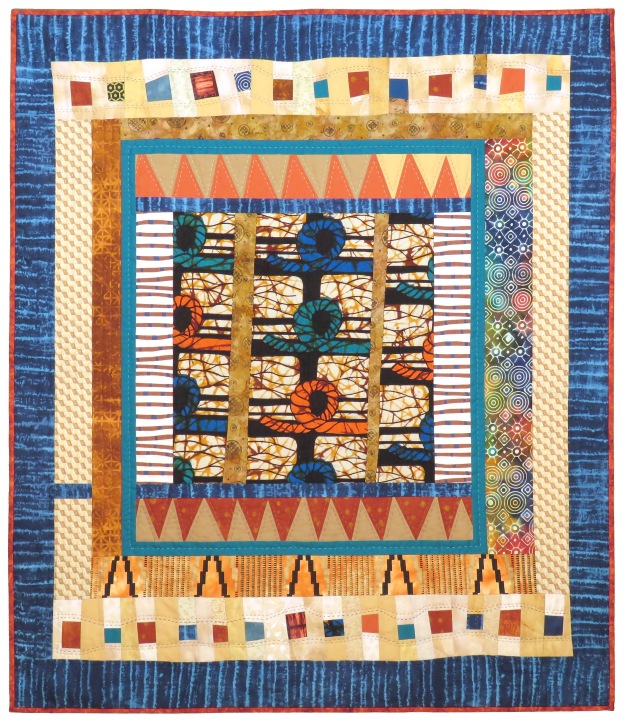 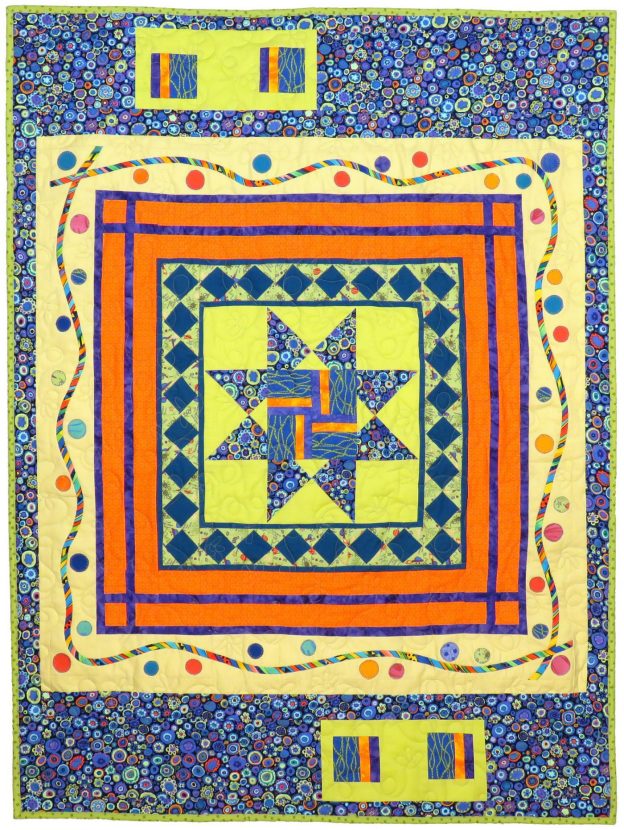 One of my concerns as I make medallions is that I don’t let the format overtake design. Each quilt must be unique, not a repeat of those that have come before. As I look at the quilts above, I’m pleased at how different they are, though I believe they all (with the exception of the round robin, a group project) look like mine. If I had to pick favorites for aesthetics only, my votes go to Moonlight Waltz and Untied.

The rest of 2016’s quilts were a variety of other formats, including square block with straight and on-point settings, non-square block, and multi-sized block. Throw in a strip quilt and an art quilt, and I made a broader range of quilts last year than usual. Here they are, not including the donation quilts. Click any photo to see them larger. 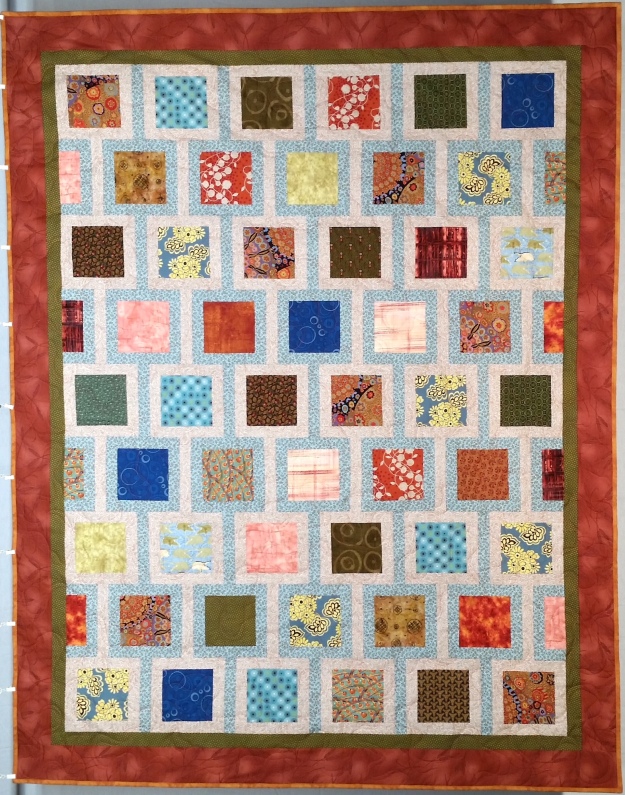 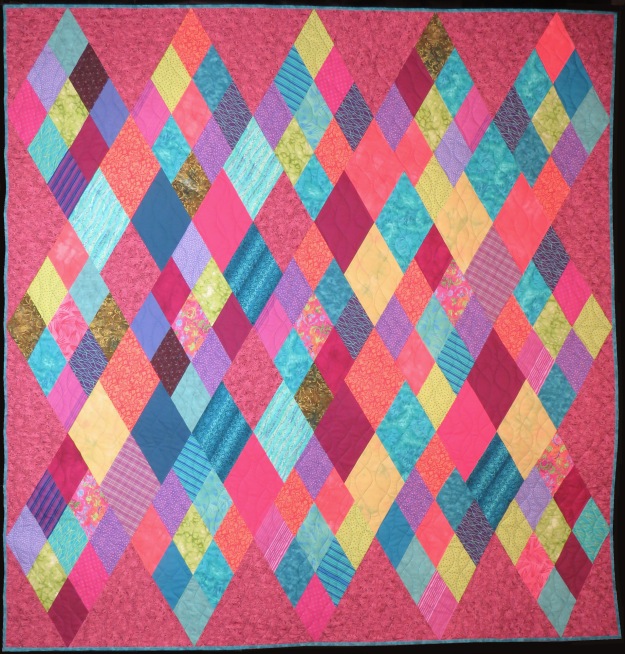 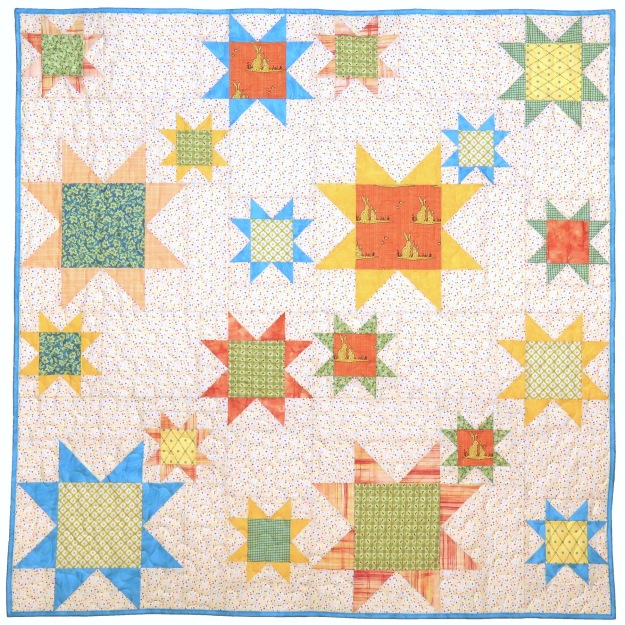 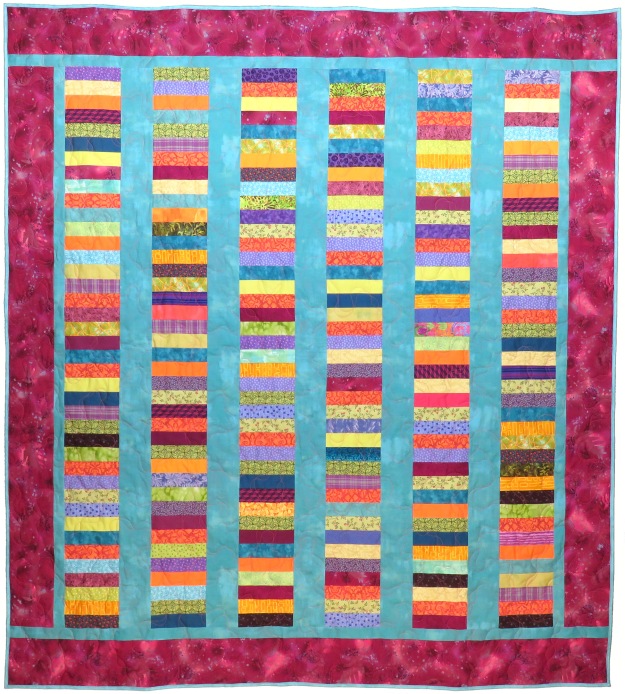 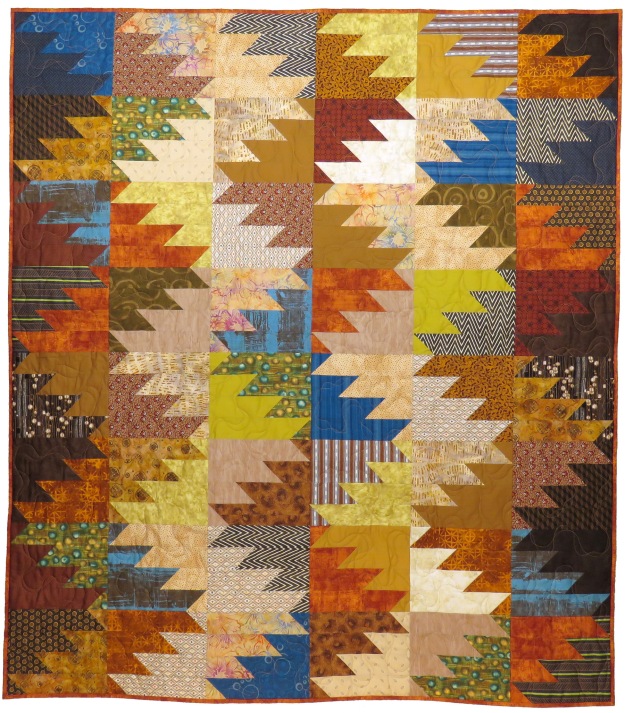 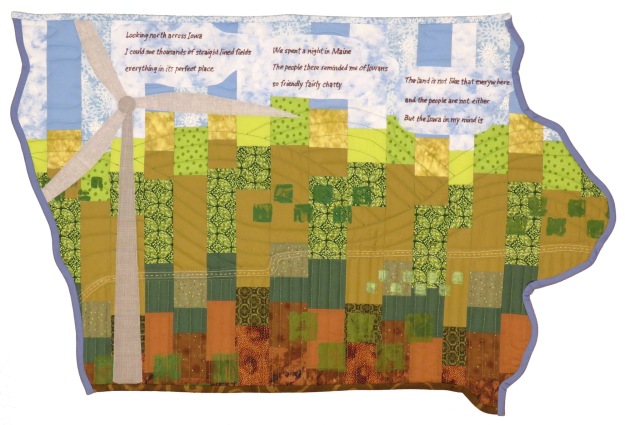 Four of the non-medallion quilts were inspired by other quilters but made my own. Iowa In My Mind was created to meet a guild challenge, as well as my personal challenge to try something very different. None of the six quilts shown above is in a standard square-block format, which also pushed my boundaries a bit. Again, if I had to choose favorites, I pick Still Climbing Mountains and Iowa In My Mind.

2016 will be a hard year to top in some ways. But it’s a whole new year and we get to start over. I’ve started. Have you? 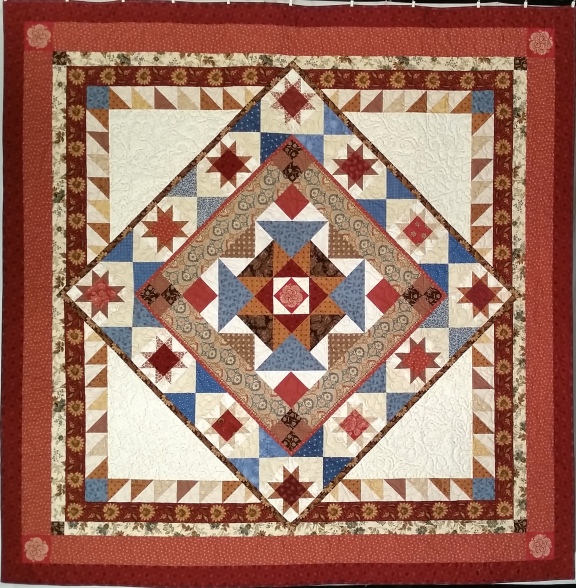 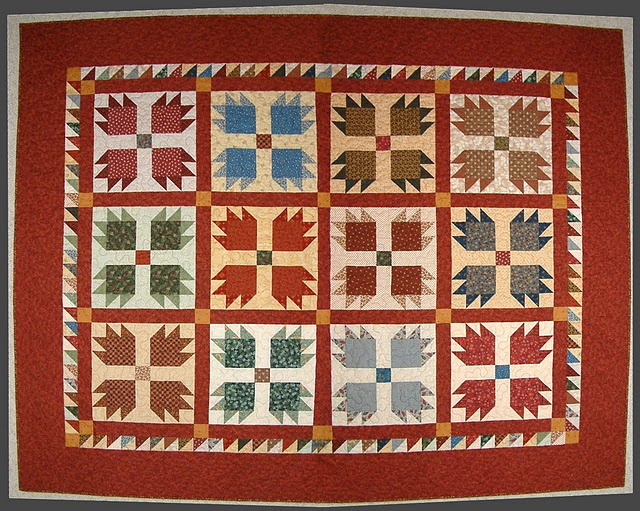 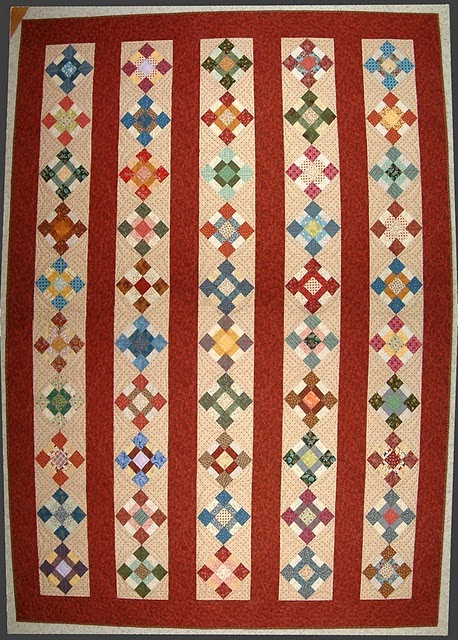