With a couple of weeks left to the year, we naturally reflect on time past and hopes for the future. I could suggest my year has been a Christmas-letter perfect version, rosy with successes and accomplishments: all our dreams have come true (they haven’t), our children and grandchildren all have been happy and healthy (they haven’t), and world peace has been achieved (uh…) The truth is more complicated.

With age and deliberate mindfulness, I struggle less against the negatives than I used to. They are easier to accept, but they are still there. Effort made isn’t always rewarded; I screw up in various ways; random bad things happen to me and mine, too.

However, I’d rather mark the year remembering the good things. In that spirit, I’m going to share again some of the quilts I made this year. Click on any of them to see in a separate tab. 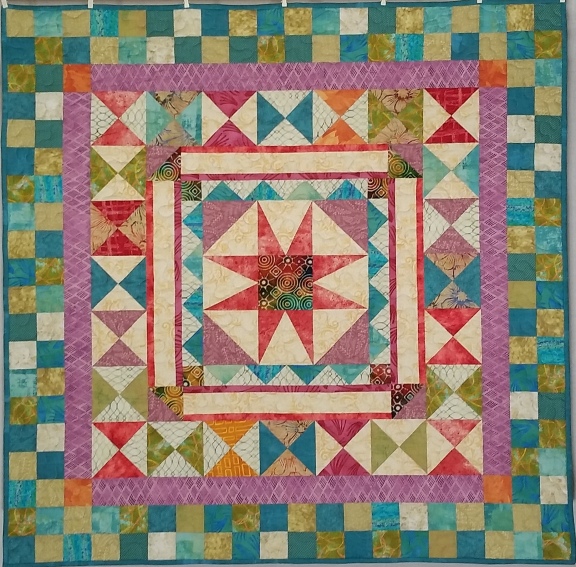 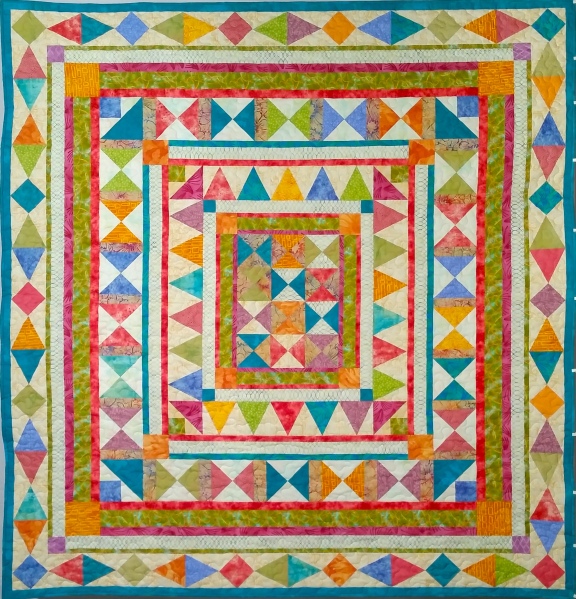 Marquetry. 87″ square. Made for my Medallion Improv! class. Finished May 2015. Photo by Jim Ruebush. 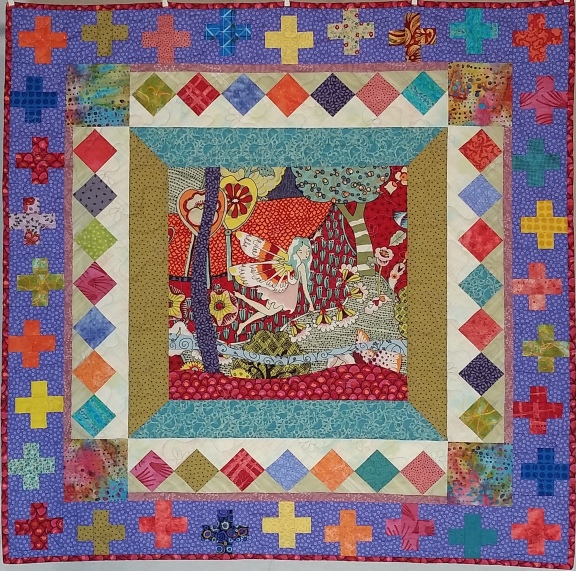 I Found the Housework Fairy But She’s Not Coming Back. 35″ square. Made for my Medallion Improv! class. Finished June 2015. Photo by Jim Ruebush.

Branching Out back. Photo by Jim Ruebush.

My quilts are a memory album. All of these quilts are my original designs, and all represent growth for me. As I look at them, I remember the challenges and how I met them. I remember where I bought the fabric, or who I was with, or other quilts it was used in. For those I’ve given or have a plan to give, I think of the receiver and what they mean to me.

Looking back on them gives me a way to remember 2015 in a positive light, despite some of the challenges faced. And it may not have been Christmas-letter perfect, but it’s been a pretty damn good year.