There are other factors besides size that affect proportion. The visual “weight” of design components also influences our perception of size, and therefore proportion. Weight refers to the ability of a component to attract attention. We want the center block to attract attention; it is a natural focal point, and should be in a medallion. But we don’t want it to attract attention to the detriment of all the other parts. The song “All About That Bass” annoys me because it isn’t. It’s about how the parts all work together to create a pleasing whole.

I used these illustrations last time, to discuss the size of the center as compared to the whole. They also exhibit the characteristic of relative weight. The first center block is 25% of the width of the whole quilt. The second, including the on-point setting corners, is just shy of that. The star design in each is the same, including colors. 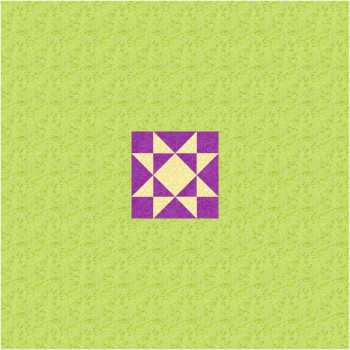 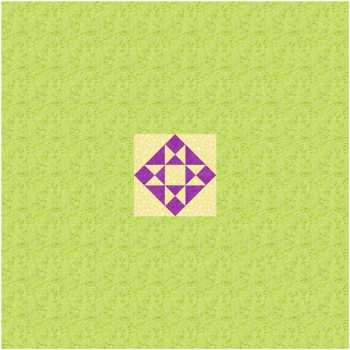 To my eye, the top center block appears larger and “heavier” than the lower one. Why? First, the shapes within the star are 50% larger. Second, the pale setting triangles of the lower one give it less weight and presence.

Okay, there are two different things I mentioned. One is the size of the shapes within the block, and one is a color and/or value contrast issue. Let’s break them out separately. 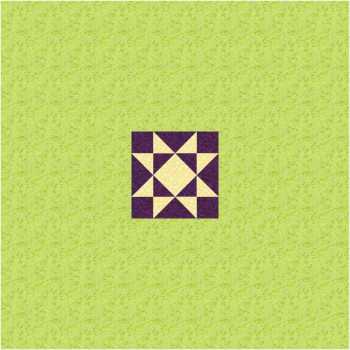 The first center block appears larger than the second one, though they are actually the same size. Why? Because the value contrast is greater. With its greater visual weight, it will appear to have a somewhat different proportion with the whole. Similarly, the third block using bright red has more weight, or draws attention more, than the bright purple.

Factors that increase our perception of visual weight include:

For the last two, examples might help. First, more pattern is visually heavier than less. Consider two blocks of the same size and design, and generally the same colors. One is made from printed fabrics and one is made from solids. For most people, the block from prints will hold attention longer; thus it is considered to have more weight. Second, a more compact design is heavier than one that is less compact. For this, consider two objects. One is the puffball of a dandelion gone to seed. The other is a golf ball. Both are about the same size; both have textured “surfaces,” both are white. But the dense and compact golf ball is visually weightier. If you return to the two images at the top of the post, there is another example of the denser component having more weight. The top block appears denser within a similar space.