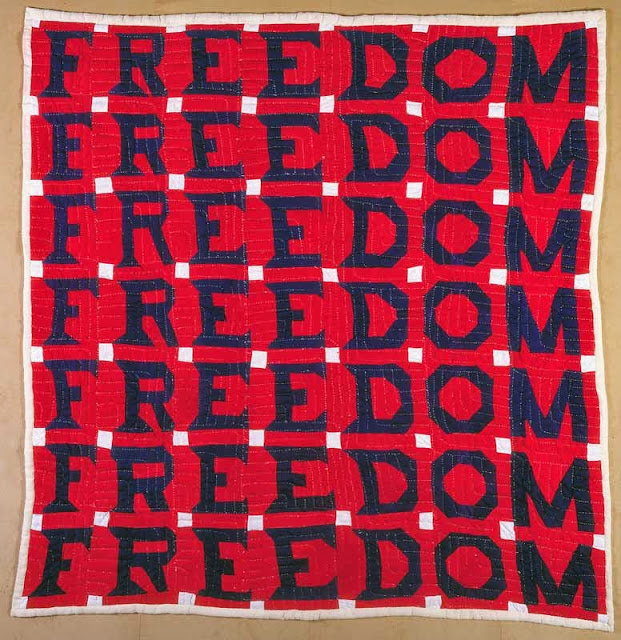 Made by Jessie Telfair of Georgia in 1983, this quilt embodies our collective political voice. From the American Folk Art Museum,

This is one of several freedom quilts that Jessie Telfair made as a response to losing her job after she attempted to register to vote. It evokes the civil rights era through the powerful invocation of one word, “freedom,” formed from bold block letters along a horizontal axis. Mimicking the stripes of the American flag, it is unclear whether the use of red, white, and blue is ironic or patriotic, or both.

And to maintain your freedom and our freedom, educate yourself on the issues, contact your elected officials to share your opinions, and VOTE.