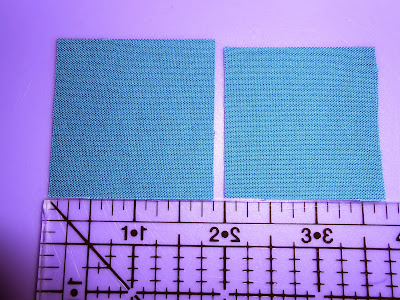 Generally it’s better to cut things too large than too small, right? After all, if they are too large, you can trim them to size. But since they are already small, and the trimming would be only 1/8″, I decided to cut whole new squares. Trimming seemed just too fiddly. The lucky part was I had plenty of fabric to do so.

I’m making parts for a small class sample. I’ll be teaching a beginners’ medallion class, which starts in October. The class project will teach five different blocks, including the flying geese used in the variable star. It’s a change-up from the standard sampler that many beginners’ classes teach. Of course for a beginners’ class, my design is purposely very simple, using only six fabrics.

This is the design I’m using with solid fabrics. 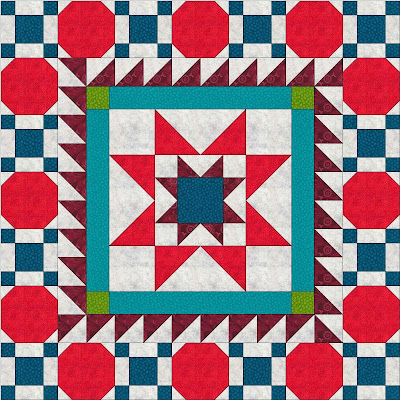 The sample is another experiment. Generally, medallion quilts don’t use a background fabric, the way the grey serves in this. But modern quilts use a lot of negative space, and modern medallions tend to have more of a background feel to them. Take a look at the Aviatrix medallion here. The pale grey is used from center to outer borders, and I think it is effectively done.

Here are the parts I have so far. 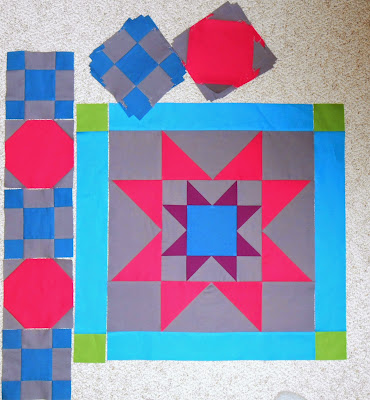 The grey is a little dark for my taste. That merits a big “oh well.” I think it will be very pretty when done and certainly will serve well as a sample.

Up for tomorrow: make the half-square triangles and assemble the top. And other projects await, as well! But I’m making progress.