Last October I showed you a quilt I’ve long admired. It’s the Harlequin Medallion Quilt, part of the collections of the American Folk Art Museum. 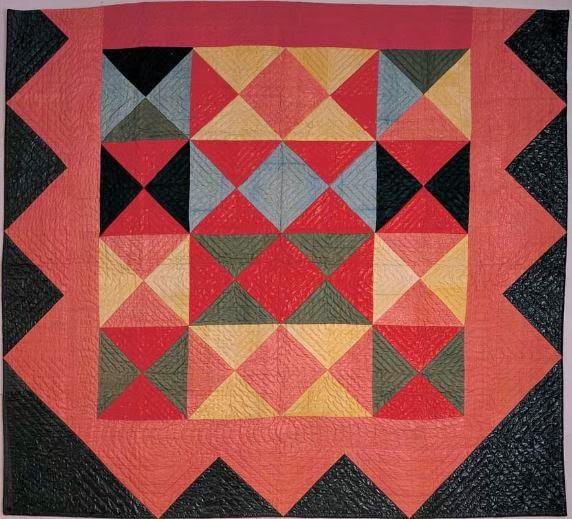 It is constructed in the center-medallion format that was popular before about 1840 but anticipates the elaborate pieced patterns of later quilts. Its bold, geometric composition of large triangular pieces in bright, saturated colors appears very contemporary, belying the still commonly held notion that early American homes were devoid of color. In fact, this type of bedcover often displays beautiful shades achieved with natural dyes.

I decided to make the quilt using contemporary cottons and in a smaller scale, intending to use it as a wall-hanging in my dining room. I scaled it to about 57 percent of the original, to finish at 50 x 55 inches. Though my first EQ7 drawing wasn’t true in design, I was able to modify it while I worked, so the design matched pretty closely.

To achieve the texture of the original, I chose wool batting. Well, I’ll tell you right now that wool was a mistake. It has a resilient loft, is spongy, and bunches up. The loft makes it a great choice for a bed quilt or lap quilt. But it is a poor choice for a wall-hanging. The quilt is not flat, and it would not hang flat.

Quilting on my longarm took weeks, a little at a time. The wool required special handling, pinning it in place to keep it from bunching up. 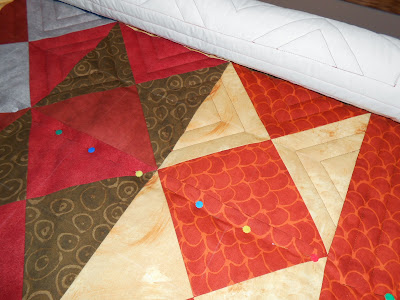 I used a straight ruler and ruler base to mimic the concentric square quilting of the original. Using rulers is new to me, and it took a while to adjust to the change in method and all the starts and stops of stitching. Ironically, this would be one quilt that would have been easier on a domestic sewing machine.

Since my intention was to hang it, I used an unbleached muslin for the backing. And I used three, maybe even four different colors of bobbin thread. The back was a mess. 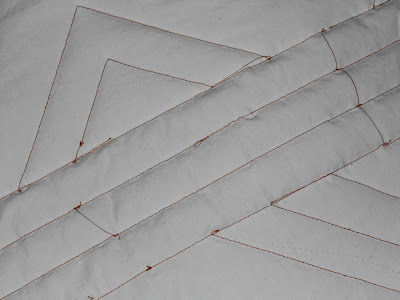 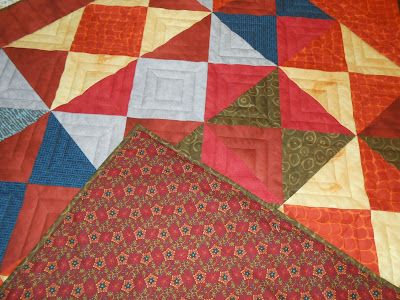 A false back was the solution. I found a great print in the same colors, basted it on, and then bound the whole thing. It hides the muslin. And though it adds weight, the quilt will be extra cozy for cold winter afternoons. Eventually I’ll use perle cotton and tie the back through the muslin, to secure it. 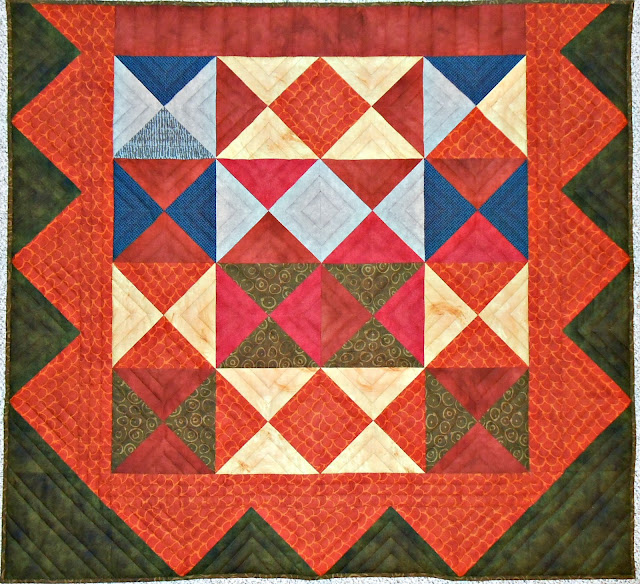 It isn’t what I planned on, but I’m happy with it. Now the challenge will be developing something else for the dining room wall.

11 thoughts on “My Harlequin Medallion Quilt”