I posted in August about choosing between straight or on-point settings for medallion quilt center blocks. There are good reasons for both, including the shape and orientation of the center block, as well as your personal preferences.

I demonstrated that blocks that are directional through the diagonal may look best set on point. Here is the straight set: 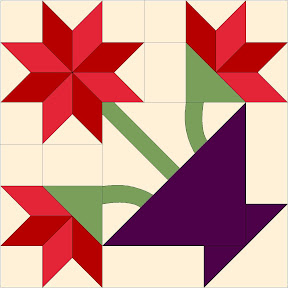 Square block, directional through the diagonal. Use on-point setting.

And set on point: 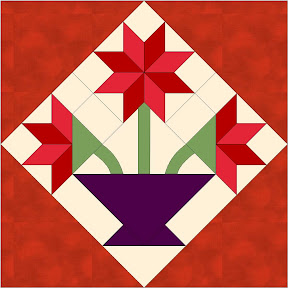 That one is an easy choice for setting.

Here is one that’s not as obvious. When I began one of the samples for the Medallion Sew-Along, I chose a churndash block. It’s based on a simple 9-patch format.

And then I set it on point. 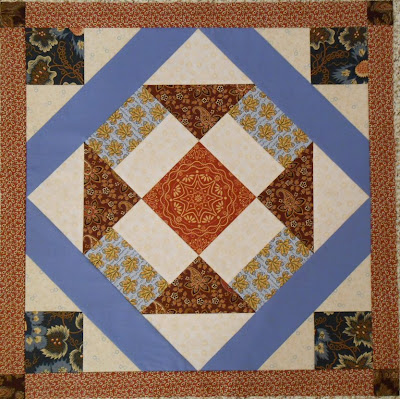 As soon as I turned it on point, I knew I wasn’t happy with it. Though technically it was fine, my personal preferences led me, ultimately, to turn it back to a straight setting. (See more about this quilt and its design process here.)

I could have chosen a different way to simulate an on-point setting, while keeping a straight set. Here is another churndash block: 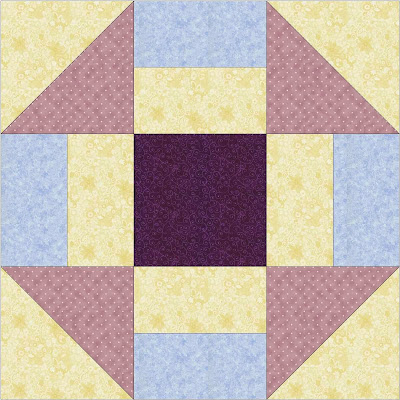 And here are two different settings, both assuming a 12″ center and 24″ finish, to keep the scale the same. 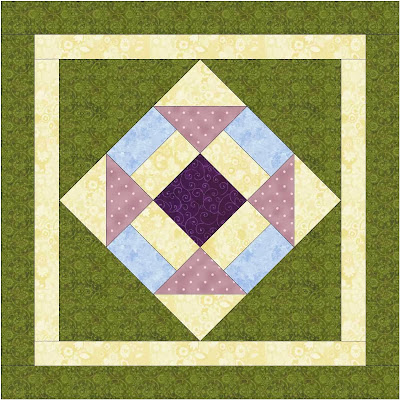 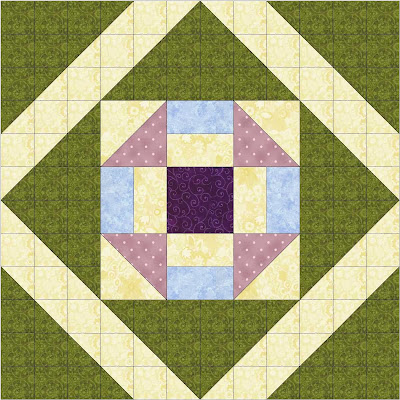 Which do you like better? It’s just a matter of your personal preference for appearance. I like the second one better, but I’m not sure I could explain why.

How can you get the effect of the second, using a straight setting? Any blocks with a diagonal pattern may be used. I’ve illustrated it with half-square triangles, but you could use log cabins, Perkiomen 9-patches, double-4-patches, jewel box blocks… The list goes on.

Note that there are an even number of setting blocks across (and vertically). In my illustration there are 12 blocks. (I could have achieved a similar look with as few as 4.) The even number allows the pattern to split in the middle, creating the point.

Also, I demonstrate it with an outer “border” of dark green, for simplicity and to make it more comparable to the on-point example. But you could use any blocks after creating the inside diagonal lines.

I hope this gives you an extra tool in your kit, and a way to resolve some setting problems for your medallion quilts.

6 thoughts on “Design Process — Another Way to Go On-Point”