I don’t have a lot of finishes to brag about for the third quarter, but my I’ve been busy!

After we returned and I settled in to work on My Medallion Quilt, I thought, “I should write a book on making medallion quilts!” For some reason, that seemed like a perfectly rational idea. And I began, first with studying other quilting books and then drafting an outline. I’ve written some text, but I also wanted a way to try out some of my ideas.

Then I thought, “I should start a quilting blog!” And at the time, that sounded like a rational idea, too! Jim and I already had the Our View from Iowa blog up and running. We both wanted that site to be broad, able to contain anything we wanted to discuss. But the new blog would be only related to quilting.

The doors to Catbird Quilt Studio opened on July 21. Since then I’ve published 42 posts. Forty-two posts in a little more than two months. I’ve been busy, if only with this.

In August I finally finished My Medallion Quilt. 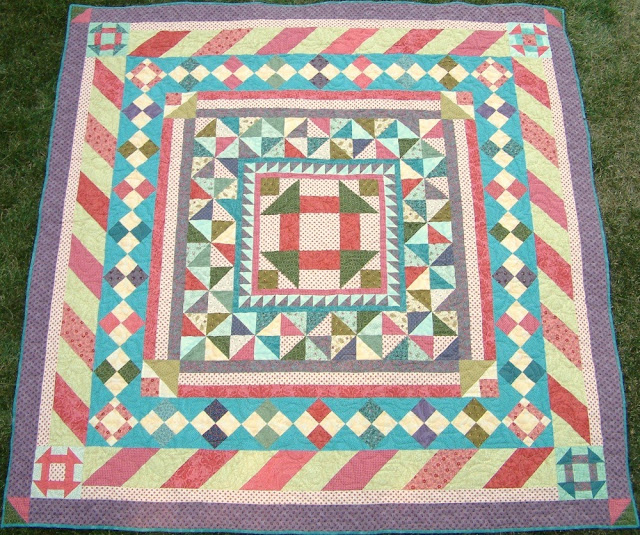 In the meantime, I published the first official Medallion Sew-Along post.

Besides My Medallion Quilt, I only have one other finish for the quarter. This year my small quilt group agreed to participate in a round robin project. I blogged about adding triangles to it. Finally on September 22 I finished the binding. DONE! Blog post forthcoming.

The Medallion Sew-Along continues. I have six samples in process for Track 1, which use 15″ centers and prescribed border widths. For Track 2, I have three. Here are a few. 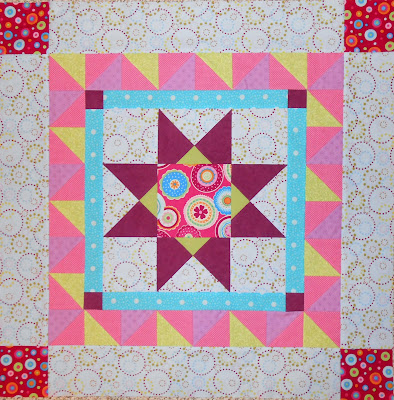 I’ll fix the triangles border by dropping some circle appliques on it. The next border will be Xs and Os. 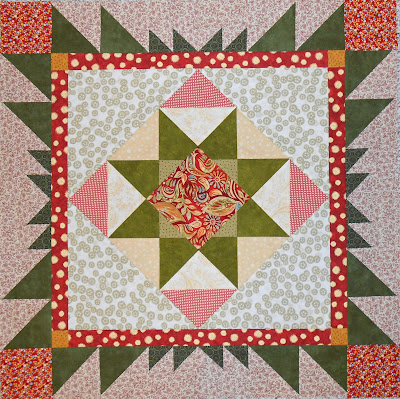 This has a green 2″ border now. The 6″ border is planned but not made. 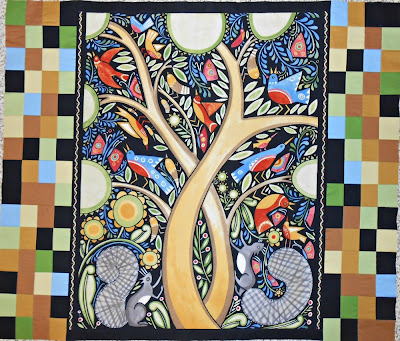 Top and bottom borders are planned. Then one matching border all the way around. 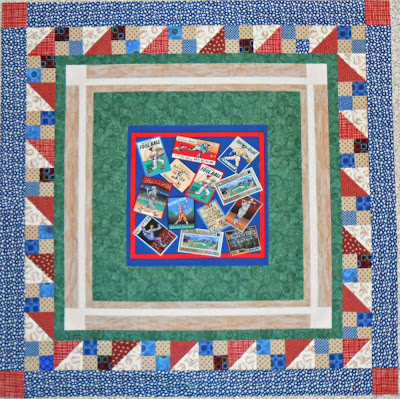 Top and bottom borders coming of square in a square blocks. Then one more frame. 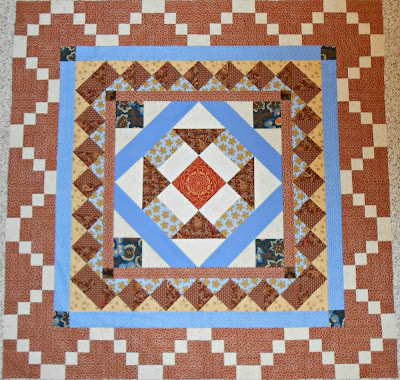 So far so good. Not completely sure what’s next, but the blue has to come out again. 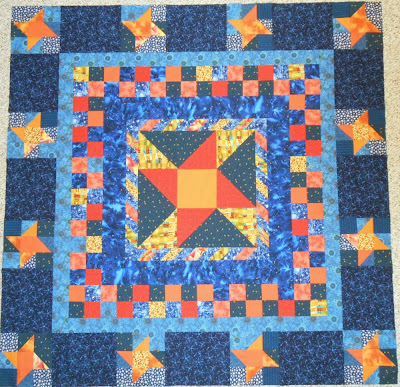 Granddaughter loved this one! I think she was wrangling for it for herself. 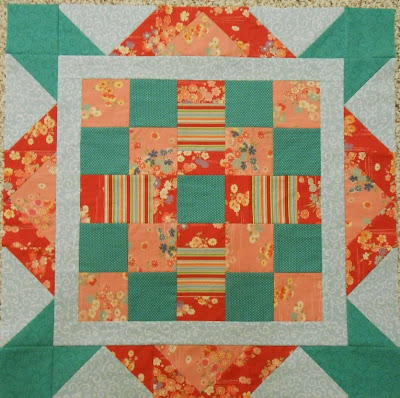 Not very far with this one…

It’s been a busy quarter, as you can tell, even though I only managed two finishes.

How did your quarter go? Any great stories to tell about it? I’d love to hear what you’ve been working on.