I’ve been making more 15″ blocks to use as samples for the Medallion Sew-Along. Here are six more. Two of them use the same pattern as the block in this post. Another is a variation on it. All three of those are uneven 9-patches. Two more are conventional 9-patch format, and the last is a “5-patch.” (I’ve never figured out why a 9-patch has nine patches, but a 5-patch has 25 of them!) 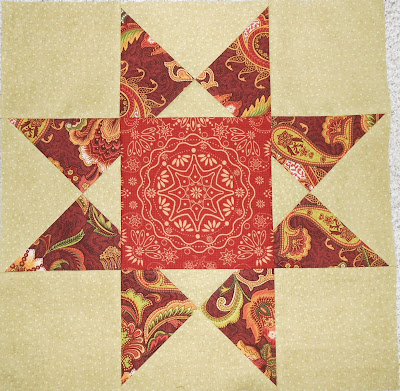 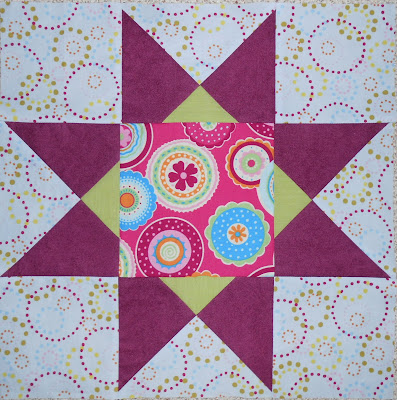 This one is fun with the repeating circles motif. I remember where I bought all four fabrics, four different places. 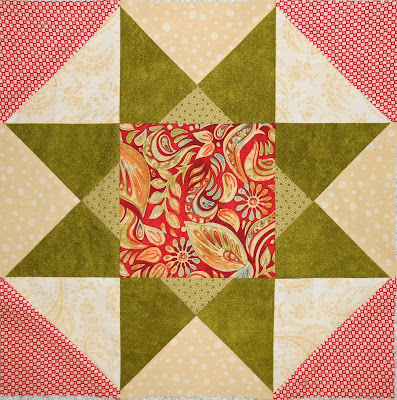 I got a little bored with the block pattern and decided to add corner triangles to this one. In doing so, I needed to recut the corners. I ran out of the gold with dots used in the outside edges and substituted the pale gold paisley. To me it’s even prettier this way. Don’t be afraid of substitutions! 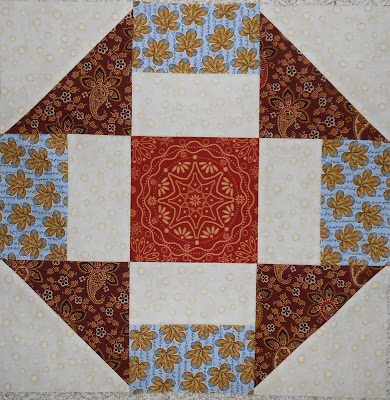 Here’s that medallion print again. There’s not much left, but still enough to cut this center patch. The cream is one I used in two college graduation quilts, as well as Jim’s siblings’ quilt. I really like this block and think it’s a good one to turn on point. 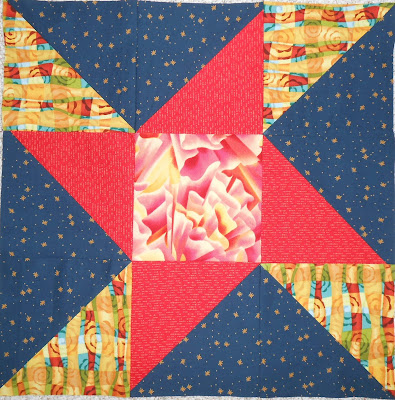 Hmmm… these colors didn’t work as well for me as I hoped. But I think there’s still potential with some color correction in borders. Either way, I like the block design in a basic 9-patch format. 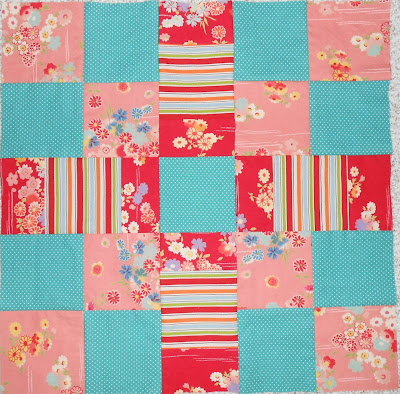 Oh my! The red and salmon prints have been in my stash for years, and I’ve never figured out how to use them. They’re really lovely. This one’s kinda tough, but I think I can make it work.

From EQ7, some 9-patch format blocks: 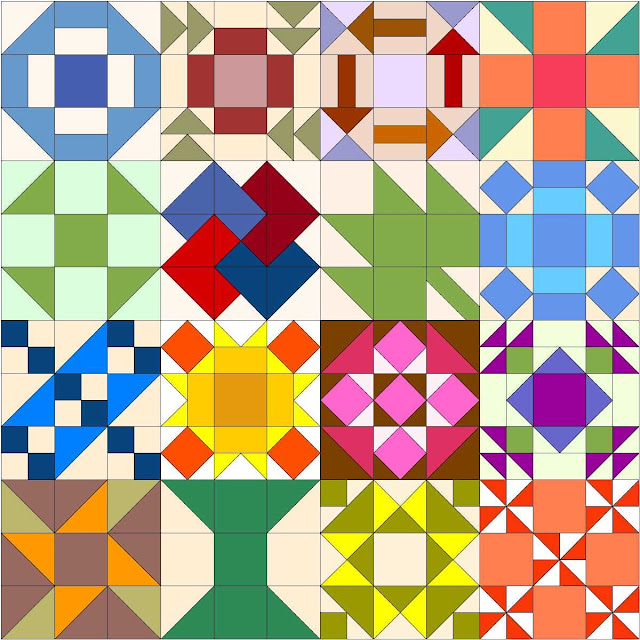 And some 5-patch format: 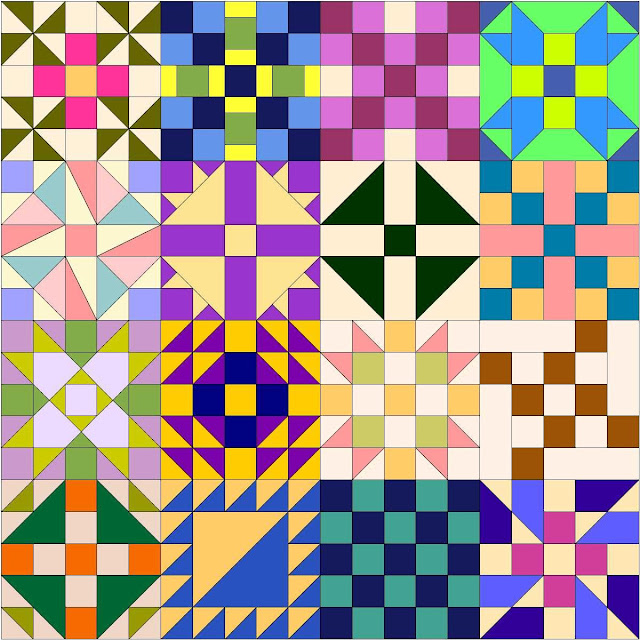